Promotion based on cash prizes only! An avalanche of cash prizes of unbelievable size. Don’t hesitate and enter the contest… Chase for Millions! The 20 Million Game!

The chances to win are varied, as follows:

• TOP 7/14 – Every second week, the first 7 players will receive a guaranteed prize of between 500 RON and 5.000 RON based on the points they accumulated.

• Ticket drawings every two weeks – One ticket per 1000 points can be generated to participate in the draws, with a prize pool of up to 4.050.000 RON.

• Stage draws– All non-winning tickets from previous draws are kept in a collection jar. These will also be included in the stage draw, with a total prize of over 2 million RON.

o FINAL TOP – Thursday, 13 July – A total of more than 3 million RON in jackpot prizes, to be handed out on an event like you’ve never seen before. 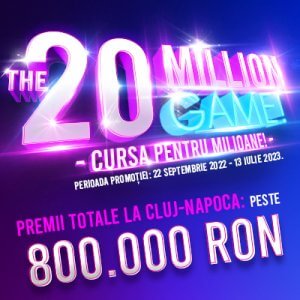 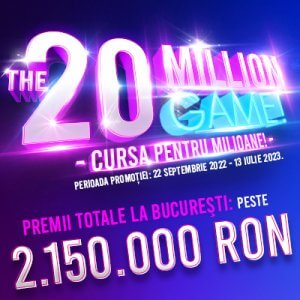 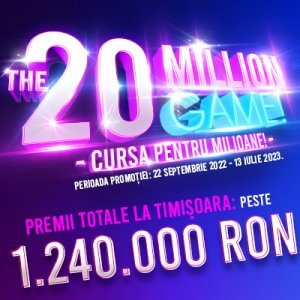 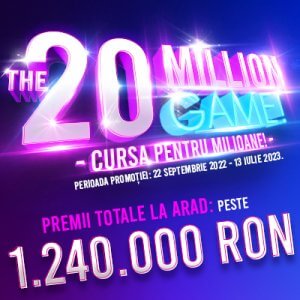 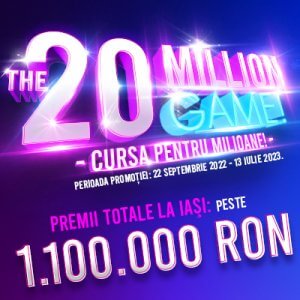 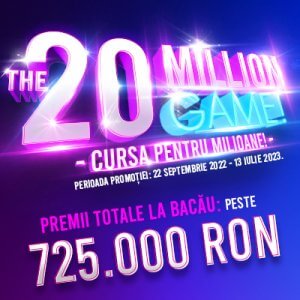